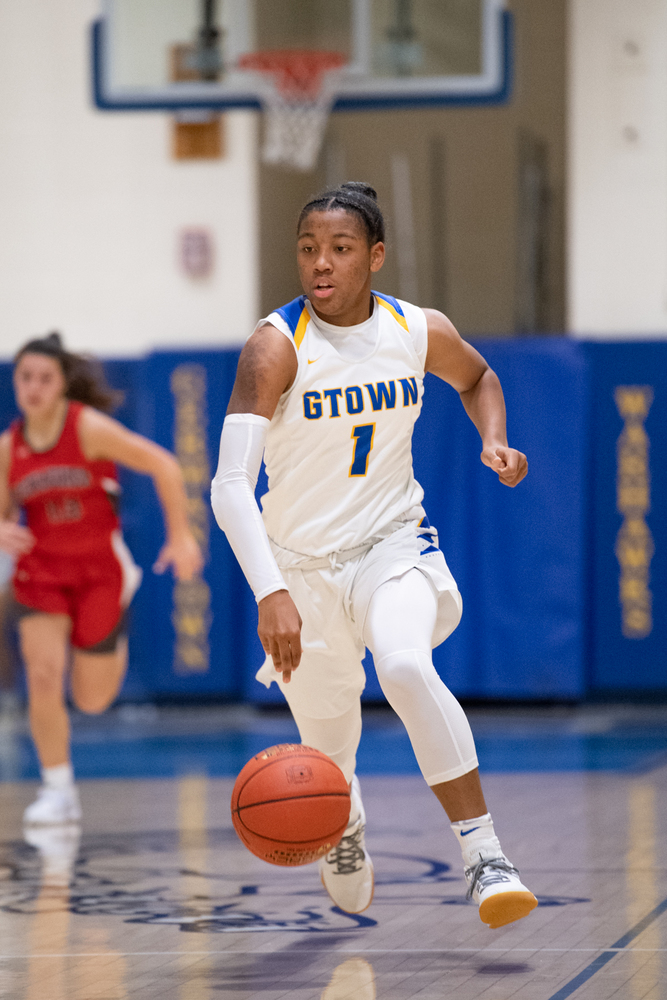 The award, which recognizes not only outstanding athletic excellence but also high standards of academic achievement and exemplary character demonstrated on and off the court, distinguishes KK as Wisconsin’s best high school girls basketball player for the second year running. KK is now a finalist for the prestigious Gatorade National Girls Basketball Player of the Year award to be announced later this spring.

The state’s returning Gatorade Girls Basketball Player of the Year, the 5-foot-9 junior guard averaged 24.8 points, 7.9 rebounds, 7.5 assists, and 4.4 steals through 26 games. Also the AP State Player of the Year as a sophomore, KK was a member of the USA Basketball Women’s U16 National Team and is ranked as the nation’s No. 8 prospect in the Class of 2023 by Prospects Nation.

A devoted member of the Fellowship of Christian Athletes, KK has served as an elementary school mentor, has raised funds to benefit a shelter for battered women, and has collected medical and school supplies for the needy in the Dominican Republic. “KK Arnold is the best high school girls player I’ve ever seen,” said Eric Katz, head coach at Wauwatosa West High School. “She’s more athletic than everyone else, she can handle the ball better than everyone else, and she can score, pass, and defend better than anyone else.”

Since the program’s inception in 1985, Gatorade Player of the Year award recipients have won hundreds of professional and college championships, and many have also turned into pillars in their communities, becoming coaches, business owners, and educators.

To learn more about the Gatorade Player of the Year program, check out past winners, or nominate student-athletes, visit playeroftheyear.gatorade.com.